After dealing with complicated car issues, a friend commented, “Your Mom is one smart cookie!”

My daughter, generationally removed from this figure of speech, provided her two cents,

I’ve been noticing a dark rash on my daughter’s neck for months. Last night she brought it to my attention, again, complaining about continued taunting at school.  After vigorously scrubbing her neck with soap and water and not seeing results, I googled, “dirty neck”.

The images were abhorrent and the medical condition, Acanthosis Nigricans, alarming. The pictures resembled those on my daughter’s neck, and the stories paralleled mine. “I thought it was because my son wasn’t washing adequately” one mother cried. Another testified, “My child suffered needlessly for years before discovering it had nothing to do with the soap she was using!”

Turns out this ‘dirty neck’ syndrome can be a sign of diabetes 1. “When the body produces too much insulin it compensates by pooling in the folds of the neck…” Although not life threatening at this stage it could be fatal if not treated. If nothing else, it would require a drastic change in our lifestyle, and heavy vigilance on my end.

I tried not to panic, I really did, but obsession took over.I researched more in one night than I had my four years in college. I called her pediatrician first thing in the a.m. and we were able to be seen immediately.

After checking in at the front desk we were escorted to the back waiting room. Nervously I waited, mentally ridding our kitchen of Star Wars fruit snacks, Pringles, and Dreyer’s Chocolate Chip Cookie dough ice cream.  I was mourning Christmas’s without egg nog and July birthdays without heavy frosted Costco cakes.

The young doctor walked in, and I proceeded to do what many before have done, and what many more will probably do after.

“I know I can’t always trust the internet,” I began, “but I’m afraid it’s an insulin issue….” Sounding even more idiotic and doing the very opposite of what I was claiming not to do, I continued, “I know I’m not a doctor…”

She smiled. Agreed. Scrutinized the rash.

“Before we forge ahead with blood and urine tests, let me try something.” She reached into her steel drawer and pulled out a sterilized rubbing alcohol swab. Expertly she grazed it along Kaili’s neck.

“Success!”  She proudly displayed a blackened piece of cotton that only moments before had been sparkling white.

Sometimes mothering can go too far…

Sometimes information on the internet can be dangerous…

I look up and realize 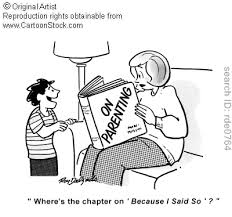 I’ve reached a place in my place in my life that I realize I am who I am.
Is this so awful?
I’ve spent a lifetime striving for the pinnacle – perfection. A place no human being can reach.
When is it ever going to be enough?
When am I ever going to be enough?
I no longer have the energy or the time to constantly self-analyze – be aware of everything I say and do. Fifteen years ago I did. I devoured every self-help book I could get my hands on. It was a life-changing step I needed to take. I was leading a very destructive life and couldn’t see how my behavior was tied to  unresolved childhood sexual abuse. This door of discovery thrusted me into a world I didn’t recognize. My life metamorphosed right before my eyes; I felt I was watching someone else’s life. This couldn’t possibly be mine – my childhood had been perfect.
Once I opened this door, there was no going back. I was catapulted into one of the most painful and changing times of my life (anyone who tries to tell you therapy is fun is either lying or not digging deep enough)
I couldn’t believe that I didn’t see the correlation between my childhood and the self-hatred, anger, and pain. While I had to accept responsibility for my own behaviors, I also understood I had been “set up” and in so many ways couldn’t be held accountable. I had already paid my debt and didn’t need to keep beating myself up. Therapy and self-help books changed my life.
Fast forward 15 years….I’ve come so far but underneath the dynamics haven’t changed. I’m still operating from a place of deficiency; from a place where I’m not enough. When I pick up a self-help book, whether it is on how to build my intelligence or steps to a happier me, it triggers that ever-so-familiar voice that bullet points all my self deficiencies. It isn’t healthy for me to go to that place.
Yes, I’m a bit anal when it comes to cleanliness in my house. Is this the end of the world? For so long I tried to change this – therapists words echoing in my head that this was a my need to be in control because so much of my childhood wasn’t.
Does it even matter at this point? So shoot me…I feel calmer when my environment is free of clutter..when I can walk across the living room floor without tripping over Lego’s or a Bratz doll.
Originally I had mistaken healing to mean I would be free of all behaviors that were a result of my childhood. How ridiculous is this?! There is no way to separate my entire childhood from who I am today. Good, bad, beautiful, ugly, indifferent… this is who I am! Instead of constantly beating myself up for who I’m not, it may be less exhausting to accept myself and learn how to live within those parameters.
Is this so awful?

You will never be the same. Other parents convince you to have children because they want you to be as miserable as they are.

If this is the case, I’m screwed.

I’m only halfway through this race and don’t know how I can possibly keep up the pace for 13.1 more miles. I’m dehydrated. Exhausted. On my knees. No matter what I do to replenish, it is impossible. I have absolutely no energy.

I’ve been in the motherhood role, single-handedly, for 11 years now. When I say single-handed, I do mean alone. Not only has ‘sperm donor’ chosen not to be physically or financially part of his daughter’s life, I also don’t have family. Which, as I’ve learned, is really who is there through thick and thin. Family are the ones who truly have a vested interest in this child…the ones who will jump in, even when it isn’t convenient or they aren’t up for it.  As we all know, parenting doesn’t happen on our terms. It doesn’t wait until we are rested, healthy, or feeling patient and centered. It rears its head when we’re sick, exhausted, breaking up with the love of our life, have lost our job, or totalled our car. This is what makes it so darned difficult.

Parenting, for me, is the ‘cumulative effect’.

The day in and day out of caring for her as beautiful newborn baby girl… having to go back to work after five weeks, struggling to pay outrageous daycare and diaper costs…

Maneuvering my way through pages after pages of Maricopa County’s child support paperwork after her “father” suddenly questioned paternity.  It was just the beginning of discovering how overburdened the courts were. As long as I wasn’t  a mother who was abusive, neglectful, or using tax dollars to raise her, they had no interest in my case. Her “father” suffered not one consequence when he didn’t take the DNA paternity testing for almost a year after her birth, (despite me taking him back to court twice. “Ms. James”, the judge addressed me wearily, “I can’t make him take the test”. Really? Then why the hell am I here?) show up for court, or supply me with important information so I could have him served with “Failure to comply” court paperwork when he didn’t follow court orders. How I had to invest time (that I didn’t have) and money (didn’t have) , all while juggling a baby and full-time employment. It wasn’t even when he suddenly filed for split custody (despite never once seeing her), ignorantly thinking somehow this road would be less expensive than paying child support.

How about when my daughter was rushed to Children’s Phoenix Hospital with her first asthma attack and I carried the $10,000 medical bill alone? My $12.65 an hour college-educated job put me over income for any state aid (ironically enough this same amount didn’t allow me the ‘luxury’ of purchasing medical insurance through my employer) Of course I couldn’t afford to pay this outrageous bill so my credit was ruined, robbing me of any chance to buy a car on credit when mine kept breaking down.

It wasn’t when she was wheezing on the couch and I had to play doctor, determining whether or not it was serious enough to pay $100 upfront to Urgent Care and take time off work, without pay.

It wasn’t the ensuing years when her dad remarried, had another child, and was able to drop his child support payments (that he wasn’t making anyway) because he had another child to support.

Nor those years when my daughter’s innocent beautiful brown eyes repeatedly looked into mine, questioning why her dad didn’t love her…

It wasn’t when her ADD/ADHD went undiagnosed for three years…when she was repeatedly being suspended in the first grade because she couldn’t sit still at her desk long enough to focus on her work. It wasn’t when she was day wetting almost every single day (most don’t know this can be a symptom of ADD/ADHD children because their scattered brain doesn’t  receive the message in time) or being held back in first grade because she was “socially immature”. We won’t even discuss the lack of support at school, or the Special Education testing we endured for 3-months, only to be told she was choosing her behavior.

The Cumulative Effect. It is the combination of all these years that have led to my exhaustion.

Fast forward….Things have gotten better. Three years ago I got a better paying job that has afforded me the “luxury” of health insurance for her. Her dad has finally gone to work and is paying his $284.00 a month and she is doing better in school, thanks to my pioneering and persistence in her ‘medical condition’. However, as any parent knows, it never ends. There are still school events, volunteering, conferences, doctor appointments, homework fights, getting out the door on time, and her attitude that is more in line with a 16-year-old, rather than a 10-year-old.

The saddest issue for me is that we both suffer. I don’t get to be the mom I want to be, nor the one she deserves. I’m too busy surviving the day. Ironically, I’m also the one carrying all the “no daddy” guilt when it should be on her “father”. I’m the one lying awake at night, frightfully aware of statistics on children raised in single parent/fatherless homes – alcoholism, drugs, pregnancy, crime, and drop out rates. Hell, I work in social services and see, first hand, the long-term ramifications of what just one of these barriers cause, nevertheless a combination of them. I fear for my daughter every single day. I also recognize I’m truly doing everything one person can do.

I’m one person in a two-man job.

I just crossed the halfway mark and I have nothing left to give. Nothing. To anyone.

I don’t need much. I really don’t.

Just need to hear a few voices cheering me on…

One or two people standing on the sidelines encouraging me…

handing me a plastic cup with a splash of water….

How is that I’m still invisible?